Chat with us, powered by LiveChat

Enter the quirky world of Josh Cohen’s New York City apartment… as it is getting robbed. Thus begins the hilarious rock-and-roll romantic comedy about good guy Josh, caught in a lifelong battle with bad luck. Broke and alone, all hope seems lost – until a mysterious letter arrives that changes his life forever. Two actors play the hapless-yet-warmhearted title character – one eventful year apart – in a 90-minute life-changing laughfest for the whole family that will leave you feeling better about the world. Nominated for six Drama Desk Awards and the Lortel Award for Outstanding Musical, this hilarious, endearing and hummable musical was hailed by Jesse Green of The New York Times as “a spontaneously charming musical that is just right for right now.”

Production photos from the acclaimed Off-Broadway run of THE OTHER JOSH COHEN (Photo credit: Caitlin McNaney) 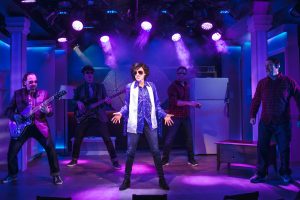 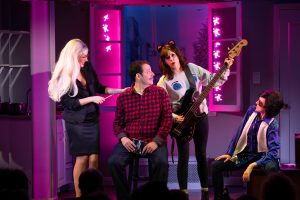 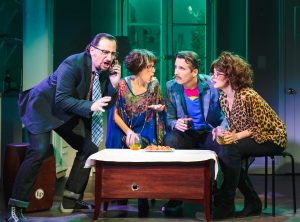 Watch the sizzle reel from THE OTHER JOSH COHEN’s extended Off-Broadway run!

“WITTY and SUNNY! The Other Josh Cohen succeeds with a humble and open-hearted modesty. Josh Cohen tells us: believe in yourself, believe in love, and be ready to be loved. So DON’T BE SURPRISED, AFTER SMILING GENIALLY FOR 90 MINUTES, if A LITTLE TEAR ESCAPES YOUR EYE AS THE APPLAUSE BEGINS.” – New York Magazine

“DELIGHTFUL! A SHOW WITH HUMOR AND HEART. The Other Josh Cohen is a SPONTANEOUSLY CHARMING musical…this peppy, modest, optimistic musical about the possibility of small transformations may be just what we need…The Other Josh Cohen is a charmer, touching on real issues without pummeling them. In knowing itself, the musical has already found its “beshert” – its ‘meant-to-be’” – The New York Times

THE OTHER JOSH COHEN is available to license now for performances starting rehearsals in January 2020.

Listen to the Studio Cast Recording on Apple Music, Spotify, or Amazon Music.

Josh Cohen just can’t get a break. He’s single, broke and to top it all off, his apartment’s been robbed of everything but a Neil Diamond CD. Soon though, his luck takes a turn when a mysterious envelope arrives that changes his life forever.

THE OTHER JOSH COHEN

Book, Music, and Lyrics by Steve Rosen and David Rossmer 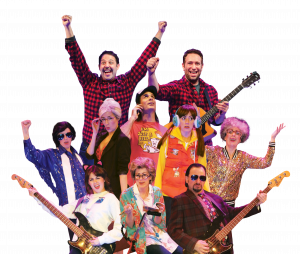 THE OTHER JOSH COHEN is meant to be performed a million different ways. The script is written such that it can easily be done with a few people and a guitar, or 50 students and a pit orchestra. Because there are so many characters, weaving in and out of different locations, there are endless possibilities. Even Josh could be split up into more than two performers.