Starting immediately you may apply for your performance rights for the 2022-23 season and beyond, to bring MISS YOU LIKE HELL to your stage and your community.

When a whip-smart, deeply imaginative teenager agrees to take a road trip with her free-spirited Latina mother, neither can imagine where it will take them. Chance encounters with a medley of characters along the way brings them closer to understanding what sets them apart—and what connects them forever. At the heart of the story is a mother-daughter relationship complicated and threatened by immigration policies. MISS YOU LIKE HELL reminds us that musicals have the power to explore the exposed territory where political becomes personal. Featuring compelling original songs that are every bit as diverse and eclectic as America, MISS YOU LIKE HELL is a new musical that exudes the joy, love and frustration of being a family in a changing country.

Check out this sizzle reel from TheatreSquared, featuring their 2022 production of MISS YOU LIKE HELL in Fayetteville, AR:

The sizzling rock-pop score by Erin Mckeown takes MISS YOU LIKE HELL directly to audiences with soaring score that brilliantly matches the journey of the characters and their story. Leading their own band, Erin has performed at Bonnaroo, Glastonbury, and the Newport Folk Festivals. A familiar presence on NPR and the BBC, McKeown’s songs have also appeared in numerous commercials and television shows. Erin’s tour schedule has coincided with a few recent productions of MYLH! Here’s a few that got a visit: 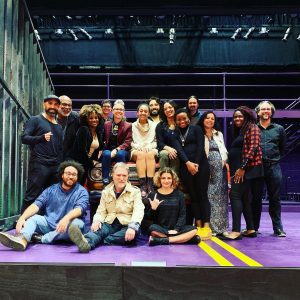 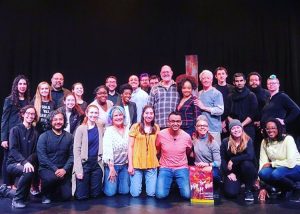 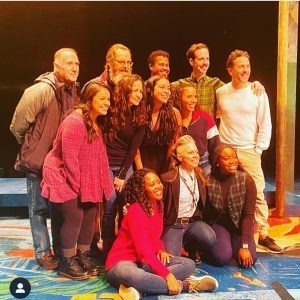 Check out the look and feel of this amazing and timely musical in the video below as Daphne Rubin-Vega and Gizel Jiménez perform “Mothers” from MISS YOU LIKE HELL’s Off Broadway triumph at The Public: 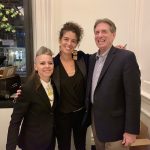 Daphne Rubin-Vega in MISS YOU LIKE HELL at the Public

MISS YOU LIKE HELL is the story of Beatriz, flawed mom to 16 year-old Olivia, and an undocumented immigrant on the verge of deportation. After living estranged from each other for years, mother and daughter embark on a road trip that crosses state lines. Together they meet Americans of different backgrounds, shared dreams, and complicated truths in this powerful new show with vast heart and fierce humor.

Opportunities for flexible casting in the ensemble.

The ensemble roles can be any gender (character names and pronouns can be changed).

*The original production used a uke bass, but you can substitute an upright.

Out of the Box Theatre Company, Santa Barbara, CA