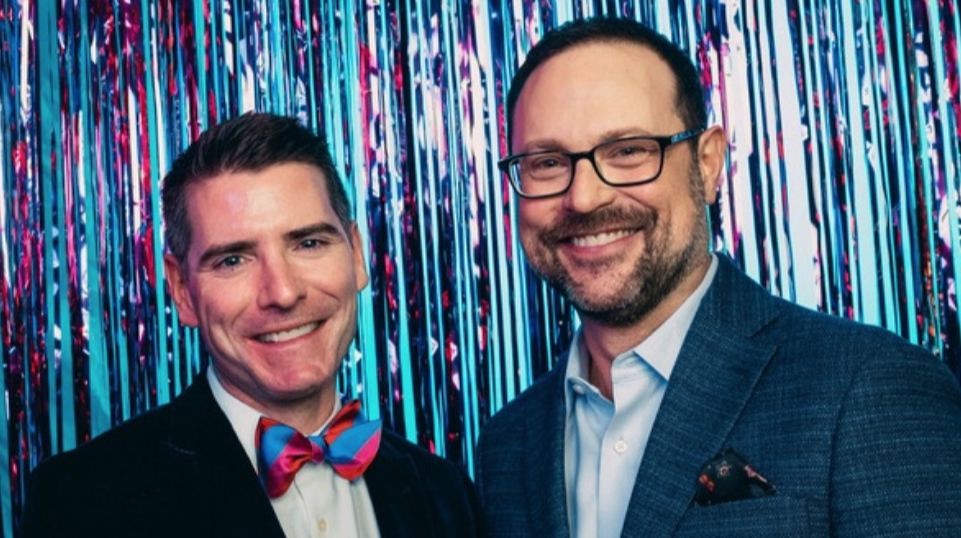 It’s been a good couple of years for Chad Beguelin & Matthew Sklar. Their last two collaborative efforts with Tony®-winning writer Bob Martin have come to fruition. First, it was the East Coast premiere of HALF TIME at the acclaimed Paper Mill Playhouse. The new musical about professional basketball’s first-ever aged 60-and-older dance team opened last June with Tony®-winning director & choreographer Jerry Mitchell at the helm. Then in November, THE PROM opened on Broadway, marking their third musical collaboration to hit the Great White Way.  The musical racked up rave reviews, seven Tony® nominations and five Drama Desk nominations, taking home the Drama Desk for Best Musical. While its run at the Longacre Theater ended August 11th, THE PROM is living on with a YA novel adaptation, a Netflix movie…

Congratulations to Peter Mills, winner of the 2010 Kleban Award! TRW author Peter Mills, the book, music and lyric writer of ILLYRIA, was awarded the prestigious Kleban Award, annually given to both a librettist and a lyricist. Also receiving this year’s award is Barry Wyner, wrote the music, lyrics and book for CALVIN BERGER, a new version of  “Cyrano de Bergerac.”

Mills wrote ILLYRIA, a beautifully realized musical adaptation of Shakespeare’s “Twelfth Night,” in 2001.  The adaptation of the comedy is credited to Mills and Prospect Theatre Company’s Artistic Director Cara Reichel. Noteworthy productions have included two runs at New York’s  Prospect Theatre Company in 2002 and 2009, and the regional premiere at The Shakespeare Theatre of New Jersey in 2004.