WE WILL ROCK YOU Young@Part® is the authorized 60 minute edition of the West End musical for elementary and middle schools, and youth theatres. Inspired by and featuring the songs of Queen, this new version of the show is perfect for kids to perform! Through a series of workshops, our Young@Part® musicals are tailor-made for younger actors. Song keys are changed where needed, songs and scenes are edited for time and content, while keeping the spirit of the original West End show intact. There are great parts for girls, boys and can include any sized ensemble/chorus, who appear throughout the show.

Featuring chart-topping Queen songs including “Another One Bites the Dust,” “Bohemian Rhapsody,” “Killer Queen,” “We Will Rock You,” “Somebody To Love,” “We Are the Champions,” and many more, this 70-minute adaptation of the West End show follows two young rebels as they restore rock ‘n’ roll to “the iPlanet” in a post-apocalyptic world. WE WILL ROCK YOU Young@Part® is a musical for our time: a fist-pumping, foot-stomping anthem to individuality.

Submit your license application now to secure your rights. 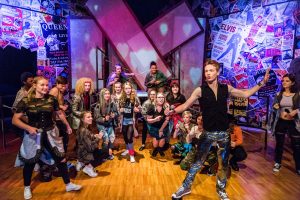 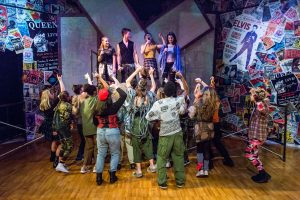 WE WILL ROCK YOU

Music and Lyrics by QUEEN

Story and Script by BEN ELTON

NOTE: The names of the Composer, Lyricist, and Bookwriter shall be equal in size, type, coloring, boldness, and prominence. No billing shall appear in type larger or more prominent than the billing to the Authors except for the title of the play.

Flexible casting and featured roles in the large ensemble