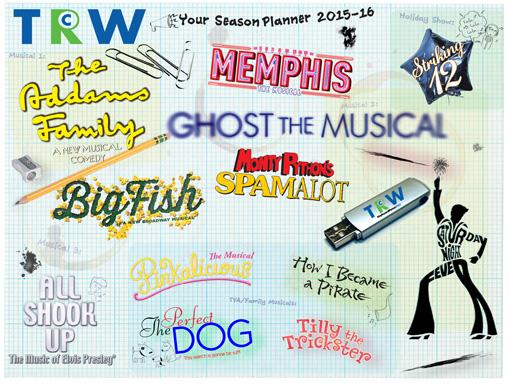 TRW understands this process. We’ve selected nine Broadway musicals, available for licensing for 2015-16, that can help inform your choice. (No title should be announced until rights are secured and a contract has been executed). These nine shows range from new releases, fresh from Broadway, to proven box office winners from our flagship title roster. Let’s start with our favorite new musical family…

Through its 700+ performance run on Broadway and its triumphant National Tour, THE ADDAMS FAMILY has become a real player in the major musical theatre world. Now this top-notch tune-fest is a runaway smash hit on the community and high school theatre scene, too! With an irresistibly funny, family-friendly book by Rick Elice and Marshall Brickman and a terrific, tuneful and awesomely Addams score and lyrics from Andrew Lippa, this show is available now for productions everywhere. This is a real Broadway stylebook musical with a cast that features a great range of featured roles and an expandable ensemble that really shines. While this show is a natural for the fall, hundreds of productions have scored sell-out hits with it all year long. From the opening reveal of this creepily lovable clan, audiences are hooked! Now booking for 2015-16. Book this show in its full version, School Edition, or Young@Part® edition.

Just released in 2014, BIG FISH is a new Broadway musical featuring music and lyrics by Tony® nominee Andrew Lippa (THE ADDAMS FAMILY) and book by esteemed screenwriter John August (Big Fish, Charlie and the Chocolate Factory). Based on the celebrated novel by Daniel Wallace and the acclaimed film directed by Tim Burton, the story centers on Edward Bloom, a traveling salesman who lives life to its fullest…and then some! Edward’s incredible, larger-than-life stories thrill everyone around him – most of all, his devoted wife Sandra. But their son Will, about o have a child of his own, is determined to find the truth behind his father’s epic tales. BIG FISH captures the true spirit of the community theatre experience and is an ideal high school musical as well. In the tradition of great, family-friendly musicals, this tuner takes time and turns it inside out as the magical story unfolds, taken to new heights through Lippa’s soaring score and lyrics. The original Broadway version, the Small Cast edition, and the School Edition are all available for licensing.

RING OF FIRE is the musical story of Johnny Cash, told through his songs and stories. Since a 2006 Broadway showcase, the show has emerged as a ticket-selling force, through the realization of a new five actor version that has re-defined the musical’s considerable presence in the community and professional regional theatre scenes. Cash’s iconic songs drive this unique musical about love and faith, struggle and success, rowdiness and redemption, & home and family. More than two dozen classic hits – including “I Walk the Line,” “A Boy Named Sue,” “Folsom Prison Blues,” and the title tune – performed by a multi-talented cast, paint a musical portrait of the Man in Black in a foot-stompin’, crowd-pleasin’ musical theatre/concert salute to a uniquely American legend. The original Broadway version, the Small Cast edition, and the School Edition are all available for licensing. 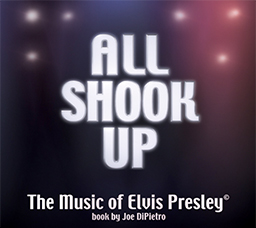 ALL SHOOK UP is a perennial box office champ and it’s no surprise. With a brilliant mash-up of Shakespeare and a screwball Elvis Presley movie, Tony Award-winner Joe DiPietro creates a hilariously perfect vehicle for the songs of the world’s most beloved singer. It’s 1955, and into a square little town in a square little state rides a guitar-playing roustabout who changes everything and everyone he meets in this hip-swiveling, lip-curling musical fantasy that’ll have you jumpin’ out of your blue suede shoes! With such classics as “Heartbreak Hotel,” “Jailhouse Rock,” and “Don’t Be Cruel,” and a nod to the Bard’s Twelfth Night (and the entire canon of awesome Elvis flicks!), All Shook Up features the songs of the King of Rock n’ Roll delivered in a good old-fashioned book musical that rocks every house it plays. With a full chorus and a ton of featured roles, this musical is a natural for community theatres and high schools everywhere. The original Broadway version, the Young@Part®, and the Younger@Part® versions are all available for licensing. 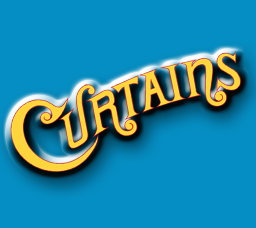 Kander & Ebb’s Musical Theatre Whodunit, CURTAINS, is a masterfully-crafted backstage mystery that is a true valentine to musical theatre from the masters of the form. With Rupert Holmes, Kander & Ebb delivered a show that is perfect for community theatres and high schools. The setting: the brassy, bright, and promising year of 1959. Boston’s Colonial Theatre is host to the opening night performance of a new musical. When the leading lady mysteriously dies onstage the entire cast & crew are suspects. Enter a local detective, who just happens to be a musical theatre fan! With hundreds of productions worldwide since its 2008 Broadway closing, after 500+ performances, eight Tony Award noms and a winner for David Hyde Pierce as Detective Frank Cioffi, Curtains is truly a gift to audiences hungry for Kander & Ebb’s brilliant style. A range of great leading roles for women and the ability to expand the chorus as needed make this show a real celebration of the traditional book musical. The original Broadway version, the School Edition, and the Young@Part® versions are all available for licensing. 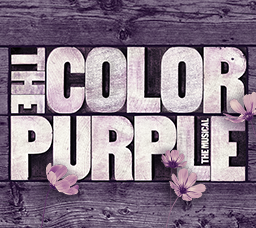 THE COLOR PURPLE is an inspiring family saga that tells the unforgettable story of woman who, through love, finds the strength to triumph over adversity and discover her unique voice in the world. This musical adaptation of Alice Walker’s Pulitzer Prize-winning novel (and the popular 1985 Steven Spielberg film) spotlights Celie, a downtrodden young woman whose personal awakening over the course of 40 years forms the arc of this epic story. With a joyous score featuring jazz, ragtime, gospel, African music and blues, this truly uplifting musical phenomenon is a story of hope, a testament to the healing power of love and celebration of life. With a book by Marsha Norman and music & lyrics by Brenda Russell, Allee Willis and Stephen Bray, THE COLOR PURPLE becomes a community event wherever it is stage. The show has had two Broadway productions, the original in 2005 and a revival in 2015, nominated for 15 collective Tony® awards and winning the prize for Best Revival. The Broadway revival version is available for licensing.

GHOST THE MUSICAL is now available from TRW and this wildly romantic, pop-rock show is ready to take stage at theatres everywhere. The Broadway musical love story, based on the ever popular film, features a beautifully hot contemporary score by Dave Stewart and Glen Ballard, and a book by Bruce Joel Rubin, who adapted his own screenplay, for which he won an Academy Award. The Broadway, West End and national tours of the show have featured lots of cool high tech sets, lights, and special effects. In its first few months of general release licensing, the show has seen a number of visionary new design formats that are approaching the story in a sleek, unit set, lo-fi way that is really connecting with audience, too. The Broadway version, the School Edition, and the Small Cast edition are all available for licensing.

Tony® Award-winning Best Musical MONTY PYTHON’S SPAMALOT has been doing boffo box office biz since its legendary 1575, five year run on Broadway. Since its release for Stock & Amateur licensing, the show has been a dynamo, setting records time after time. Spamalot‘s magic is in its cross-over appeal to audiences who love musicals and those who love Python! SPAMALOT is a triumph of mad musical mayhem that is fueled by a world-class score from Eric Idle and John Du Prez. If you haven’t produced this ridiculously funny and memorably musical show yet…it’s time for your quest to begin. Click on the titles to visit the pages for the original Broadway production, the School Edition, and the Young@Part® edition. 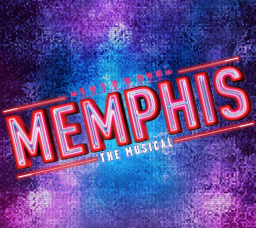 Another Tony Award®-winning Best Musical in the TRW Broadway Collection is enjoying a hugely successful run on London’s West End, so U.K. licensing for pro is restricted as of this article’s original publishing date. But in North America and much of the rest of the world, TRW is ready to roll with MEMPHIS, the musical theatre celebration of a rock and roll story for the ages. From the underground dance clubs of 1950s Memphis, TN, this hot new show bursts off the stage with explosive dancing, irresistible songs and a thrilling tale of fame and forbidden love. From Tony Award®-winner Joe DiPietro and Bon Jovi’s David Bryan, MEMPHIS delivers a knock-out punch of original, high octane rock and roll mixed with a streetwise sensibility that scores big on stage and in commercial appeal. Click on the titles to visit the pages for the original Broadway version and the School Edition.

At TRW, we love what we do: Working with you to find the right title for your next show. Let’s start a conversation about producing contemporary Broadway musicals in your community. Developing a personal relationship with our clients helps us find just the right title for your stage. We see these personal relationships grow into theatrical events each day as we follow the thousands of performances of our musicals, by arts organizations all over the world. You can always call us toll-free at (866) 378-9758. You can email us at Licensing@theatricalrights.com.

You can mail us a postcard or letter to:

Heck, you could stop by and say hi when you’re in NYC, too. (Call ahead so we can be ready for ya!)